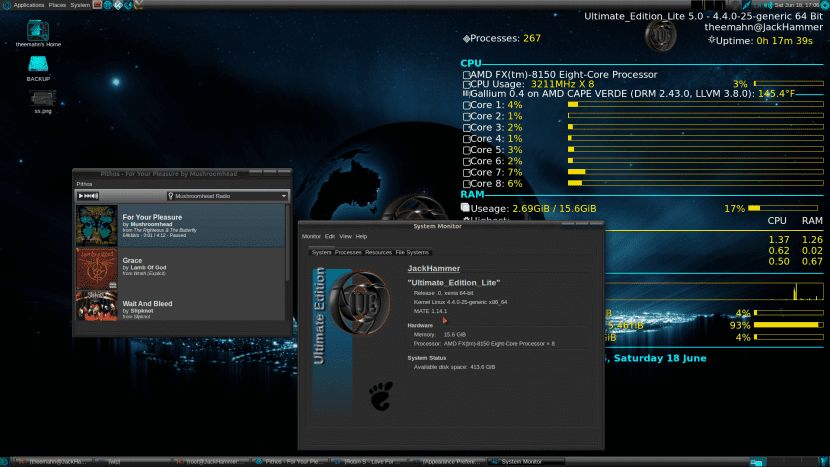 For those who like tinker With the wide variety of GNU / Linux distros that exist today, today we bring you an article that you will like. It's about the new version of Ultimate Edition, which has been implemented from Ubuntu 16.04 Xenial Xerus.

Even though Ultimade Edition 5.0 is not recognized as an official Ubuntu flavor, there is a lot of work behind it. And it is that if you are going to start with GNU / Linux, this is a highly recommended distro. The idea of ​​this distro is that users who come from Windows, can adapt to GNU / Linux easily, with a GUI somewhat similar to that of Microsoft's proprietary Operating System. We tell you what's new in the latest version.

The purpose of this distro is not only to offer an experience similar to Windows but being free, but it has also sought to optimize the use of video games in said distro, through a series of pre-installed and configured tools such as Wine, PlayOnLinux or Steam. If you want to know more about this distro, you can take a look at the article that we already wrote a few months ago.

Ultimate Edition is not an official flavor, but rather an amateur distro with a lot of work behindby programmer Glenn “TheeMahn” Cady. Therefore, there are always updates in which new details are added. Even so, it looks very good and is quite optimized (getting a system boot time of 20 seconds).

Among other changes, in the new version it has been decided that Compiz does not start at system boot, since in case there were incompatibilities with the video card, the system would hang. In addition, this latest version is LTS, that is, it offers long term support, To 2019.

If you want to take a look at this distro you can download its ISO image from your website at Sourceforge. The image weighs 2.8 GB so you will need a USB stick or a minimum 4 GB CD for the image to fit without problems. For more information or if you want to contact the developer about the new version you can do so from here!.