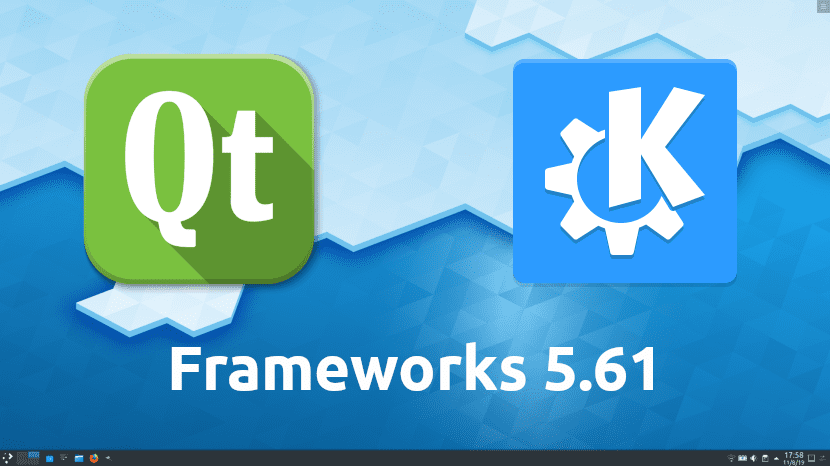 This component of the KDE software is not talked about as much, but it is also important. Since yesterday, August 10, Frameworks 5.61 is now available, a new version that comes with the main novelty of correcting the Plasma vulnerability discovered this week. Speaking of this security patch, it is included in the latest version of KDE Frameworks, but they have also uploaded a patch that will soon reach all distributions that use Plasma as a graphical environment.

KDE Frameworks 5.61 has introduced a total of122 changes distributed among all its components, among which we have Baloo, the Breeze, KIO, Kirigami and KTextEditor icons. And, as explained on their website, Frameworks are more than 70 component libraries that provide a variety of Commonly needed functionalities in mature, peer-reviewed, and well-tested libraries with friendly license terms. Here are some of the new features that come with this version.

Unlike Plasma, whose new versions usually arrive at Discover the same day of its launch, Frameworks 5.61 is already available if we want to perform the manual installation, but it will still take several days for us to see it as an update. The most important novelty is the patch that corrects the Plasma security flaw, but this patch will also be delivered in a separate update. The next version will already be a Frameworks 5.62 that will arrive on September 14.

You have all the news included in this version (what is explained here is how it was explained in KDE Usability & Productivity) in this link.