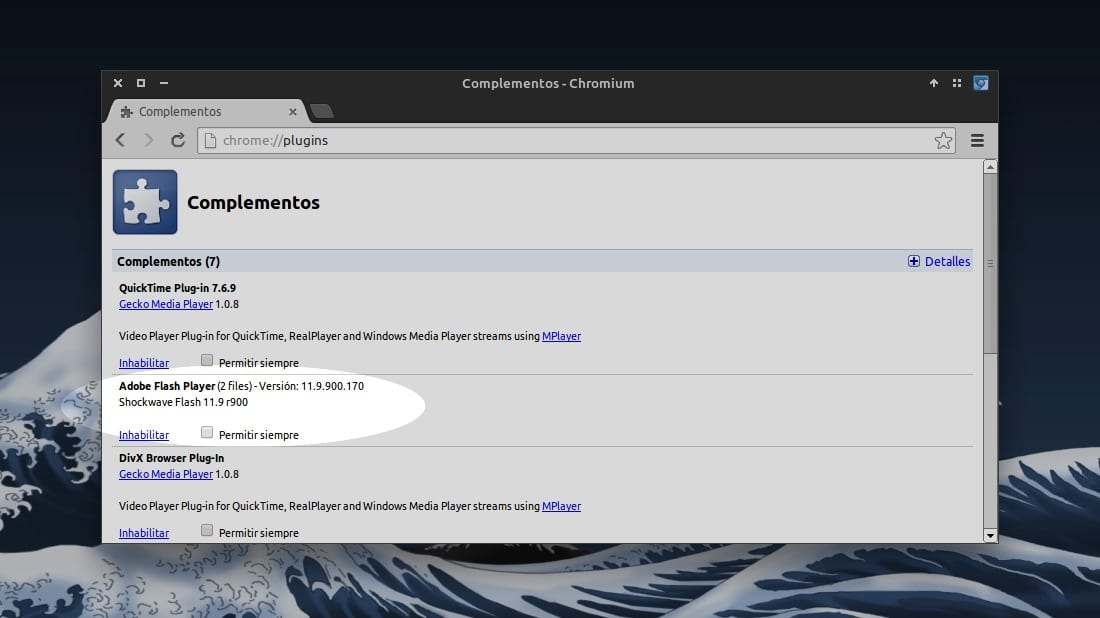 Recently the developers of Chromium announced that the browser will stop supporting plug-ins that make use of NPAPI, including Flash, so it is best to prepare and install the version of the Adobe plug-in that uses PPAPI: Pepper-Flash.

Although Pepper Flash does not have a separate installer, it can be easily installed thanks to the repository maintained by Daniel Richard.

For, install and use Pepper Flash on Chromium simply add the following repository to our software sources —the repository is valid for both Ubuntu 13.10 as if to Ubuntu 13.04, Ubuntu 12.10 y Ubuntu 12.04—

Once added, we refresh the local information and carry out the installation:

When the installation is finished, we enter in the console:

In the document that opens, within the terminal window itself, we paste the following line at the end: 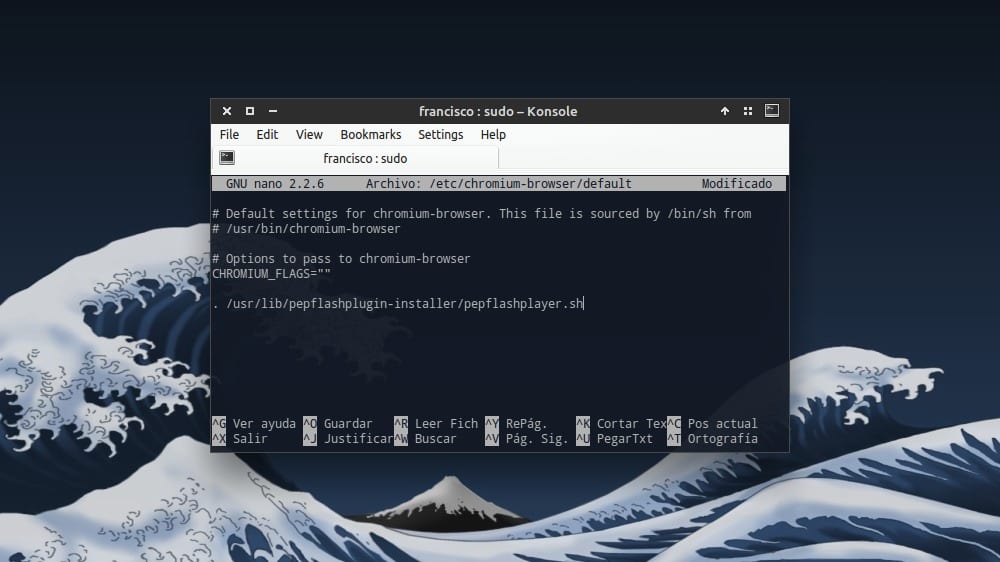 That's all you have to do. To verify that we are using Pepper Flash we can open the Chromium plug-ins tab (chrome: // plugins) and verify that the Flash version is equal to or greater than 11.9.

More information - Chromium says goodbye to NPAPI and Flash, Integrate the appearance of Chromium into Kubuntu

Full path to article: ubunlog » Ubuntu-based distributions » Lubuntu » How to use Pepper Flash in Chromium