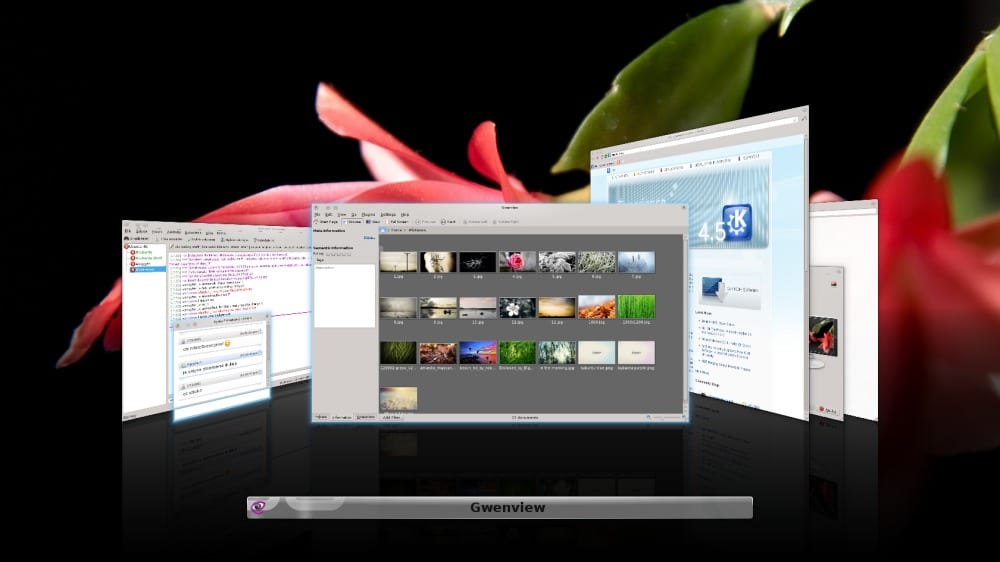 Martin Grasslin, programmer in charge of the development of KWin, wrote a post talking about the possibility of using the window manager of KDE Plasma Workspaces in other desktop environments.

Gräßlin assures that although the KWin installation was Plasma requires additional installation of some KDE libraries and components, users should evaluate the possibility of using it as the default window manager by taking into account what it offers before the space it occupies on the hard disk or the amount of memory it uses.

«Of course KWin is the window manager for KDE Plasma Workspaces and is part of a KDE module called" kde-workspace "[...] This means that to install KWin one has to install what many consider" KDE ", but not it means that some other part of "kde-workspace" has to be executed. KWin is a standalone application it only depends on some KDE libraries and modules, one does not have to run Plasma, nor the system preferences nor any other application provided by the KDE community ”, it can be read in the Gräßlin entry.

"So installing KWin requires installing a few more applications, but all they do is take up a bit of space on your hard drive," he continues, "The package" kde-window-manager "just weighs just 10 MB in Debian […] I understand that some people worry about dependencies and I think it is important, although not so much in a world where a film needs a lot more storage space. Still, we care about dependencies and are working on breaking the chain between them as part of the effort to divide our frameworks into modules. "

On memory consumption, Martin Gräßlin says that KWin is not too aggressive, and although it takes up much more than minimalist window managers, it also offers much more functionality. “In the end I can only recommend giving KWin a try and not discarding it just because it is from KDE and will install some dependencies. You have to evaluate it by the features it provides and you want to use, and not by a random number in your hard disk or in your memory use », sentence.