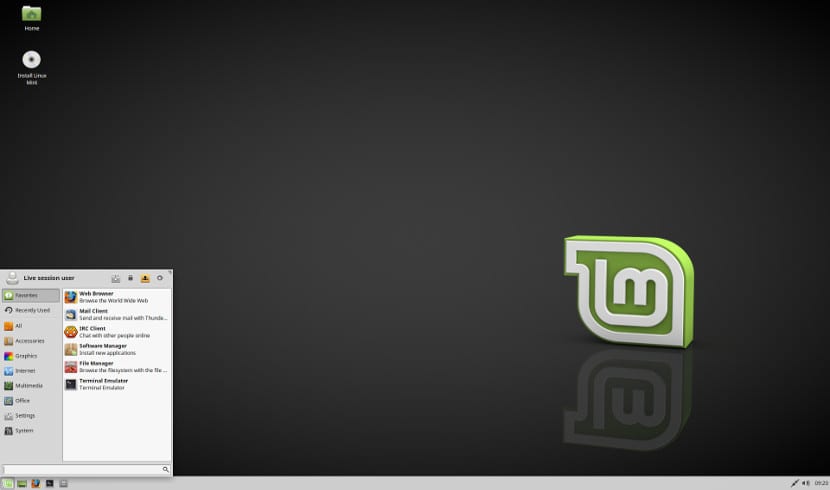 A few hours ago a development version of the new Linux Mint 18 Xfce. This version is a beta of what will be the next official flavor of Linux Mint 18. And although it is not a stable version, it is indicative of what will come in the next version.

But you have to remember that it's a development version, a version not intended for production computers, however stable it may seem to those of us who tested this distribution. The new Linux Mint 18 Xfce is based on Linux Mint 18 which in turn is based on Ubuntu 16.04, it comes with Xfce 4.12, the latest version of this desktop and the Linux kernel 4.4. All managed by the MDM 2.0 login manager.

In this new version we can see how the development guys of this official flavor have opted for implement Mint-Y, the new official Linux Mint artwork that in the main version is not activated by default. We also see or have the famous X-AppsApplications that have a certain function and that are based on a certain application but with a common base that makes them have fewer operating problems or that they work independently of the programs that we have installed in the distribution.

The specifications or requirements necessary to install Linux Mint 18 Xfce are:

Currently can install via DVD or via USB, two ways to install that all computers and laptops can use.

Xfce is a great desktop and no wonder Linux Mint Xfce Edition is one of the most used flavors of Linux Mint, not only for its lightness but also for its performance and optimization. In any case, let's hope that the new version continues with the results of Xfce, good results for all users. Do not you think?