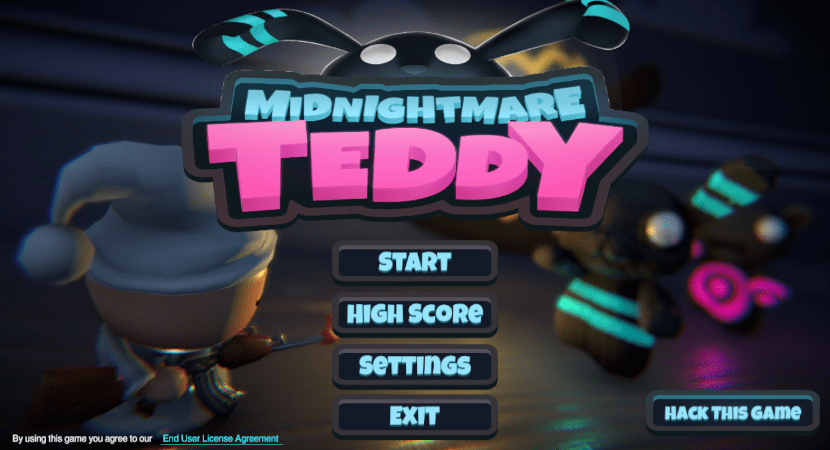 In this article we are going to take a look at Midnightmare Teddy. We will find this game available in flathub for all versions of Gnu / Linux. Is about a light shooter game and with which all members of a family can have a good time. The game focuses on a stuffed animal called Teddy who we will have to help get rid of all the evil toys before they finish him off.

Midnightmare Teddy is a fun game to spend some time while we seek to make the highest scores. As an argument, the game presents us with a scenario in which all the toys have come to life and are chasing the protagonist. You will have to fight them and run to survive for as long as possible. To give this panorama a twist, we will have the possibility of using the Math mode. Here we will have to use our numerical skills as a weapon to fight enemies.

This game will allow us to enjoy two game modes such as: 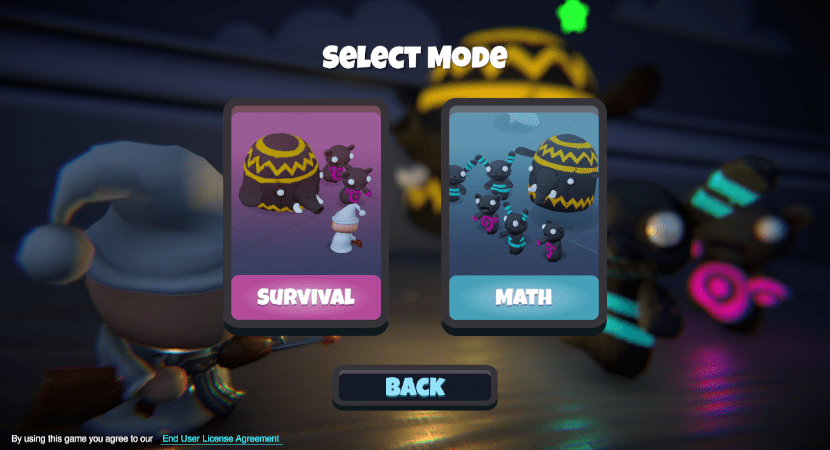 In this case all you have to do is use the mouse to aim and shoot the evil stuffed animals by using the left click. This is not as straightforward as it may seem at first. We will not have any crosshairs, so it is difficult to know if we are really aiming at the enemy or not. In the chamber of the gun there are ten rounds in total. When we use them all we will have to reload, but the weapon takes time to recharge. Therefore, when we do, it is important to keep moving around the screen. 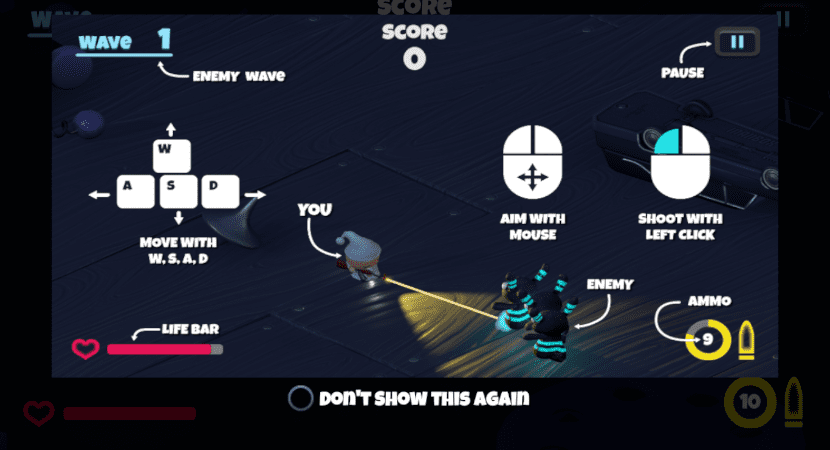 The game it gets harder and harder as you go. Small toys can be killed after two or three shots, but the boss is something else. An elephant toy needs more bullets before it can be killed. In the same way, the smaller toys will kill you more slowly, while the boss can kill our character very quickly. 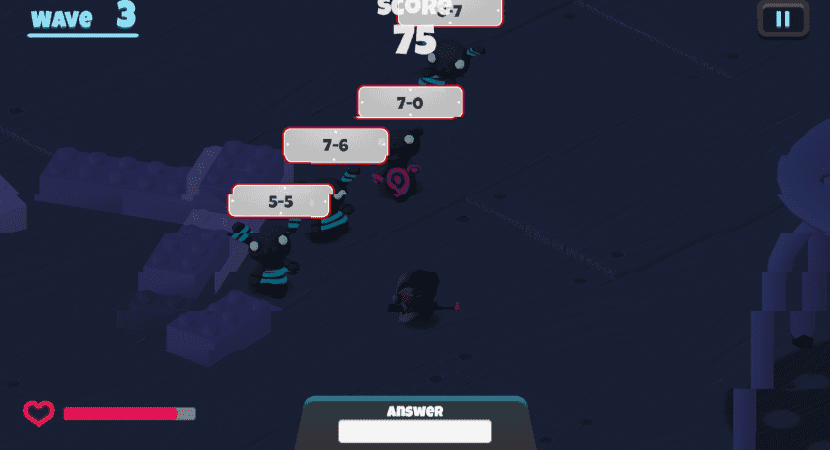 Midnightmare Teddy is not only going to serve as a fun time, it can also be educational for children who need to learn or improve mathematics. In this mode it must be taken into account that a fast response time is required, which can be a bit difficult depending on the mathematical operation that we select. The advantage of this game mode is that you will not have to aim or reload your weapon, unlike the survival game. 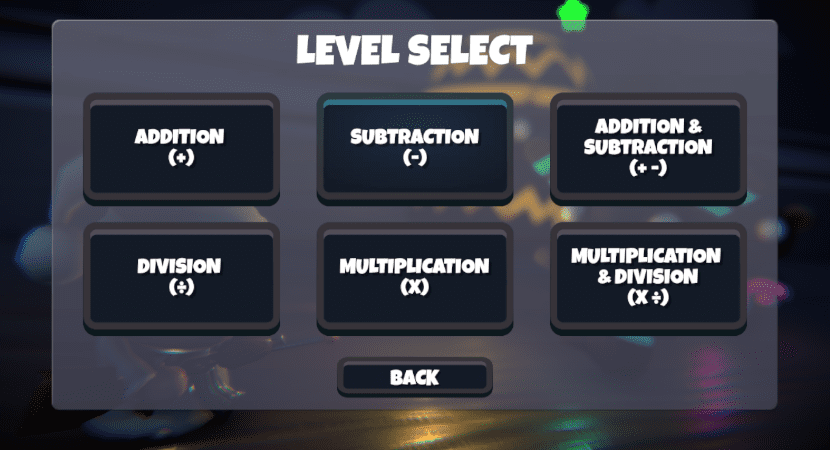 Those in charge of maintaining the game they don't provide a website in which they indicate the requirements of the game or its characteristics. If the web exists, I don't know it. Although I have to say that I have tested this game on a laptop with an I3 processor and a rather normal graphics card. After installing and testing it, it has worked smoothly, so in terms of the necessary requirements I deduce that they are not very high. 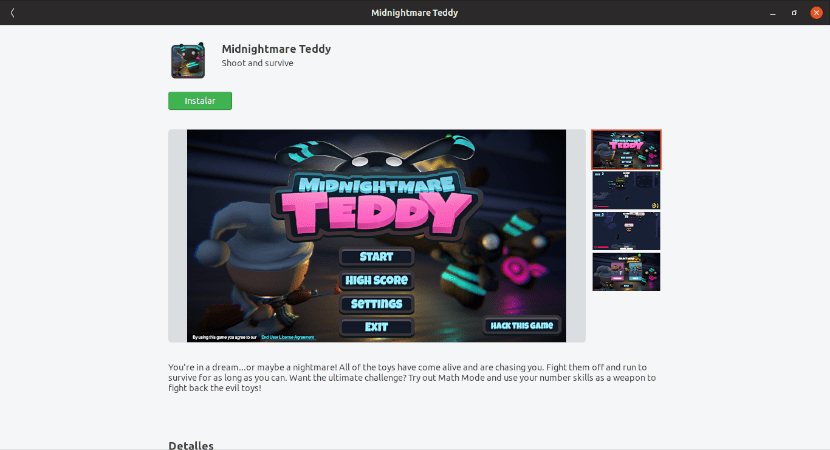 If you decide to try this game on Ubuntu, you can search for Midnightmare Teddy in Ubuntu's software option and install from there.

Related article:
How to install Flatpak on Ubuntu and open ourselves to a world of possibilities

To proceed with its installation, you can also follow the instructions published in the flatpak page corresponding and use the command shown below in the terminal (Ctrl + Alt + T) to install the game:

Once installed, you can start the game by running in the same terminal the following command:

It also can start the game through the launcher that can be found in the system:

If once installed the game does not finish convincing, it can be easily uninstalled by opening a terminal (Ctrl + Alt + T) and typing in it:

Another possibility to uninstall the game from our system is using the Ubuntu software option.