The new version of the platform Nextcloud Hub 19 has already been released y comes with some pretty cool changes, among which the login without password stands out (using hardware tokens with U2F / FIDO2 support).

For those who are unfamiliar with this platform, they should know that Nextcloud Hub 19 provides a self-sufficient solution to organize collaboration between company employees and teams that develop various projects.

Nextcloud Hub resembles Google Docs and Microsoft 365, but with much greater capacities, since allows you to implement a fully controlled collaboration infrastructure that operates on its servers and is not linked to external cloud services.

Nextcloud Hub integrates several open add-on applications on the Nextcloud cloud platform in a single environment, allowing you to collaborate with Office documents, files, and information to schedule tasks and events. The platform also includes plugins for access to email, messaging, video conferencing and chat.

In this new version, the developers focused on functionality that simplifies remote work of employees at home in the context of the COVID-19 coronavirus infection pandemic.

On the news side, Support for passwordless authentication stands out as the main feature using hardware tokens with U2F / FIDO2 support or biometric authentication, eg by fingerprint (implemented via the WebAuthn API).

The administrator has the opportunity to place additional restrictions on user accounts, including restriction on password reuse, automatic exit after inactivity, automatic lock after a certain number of unsuccessful login attempts, and configuration password validity period. 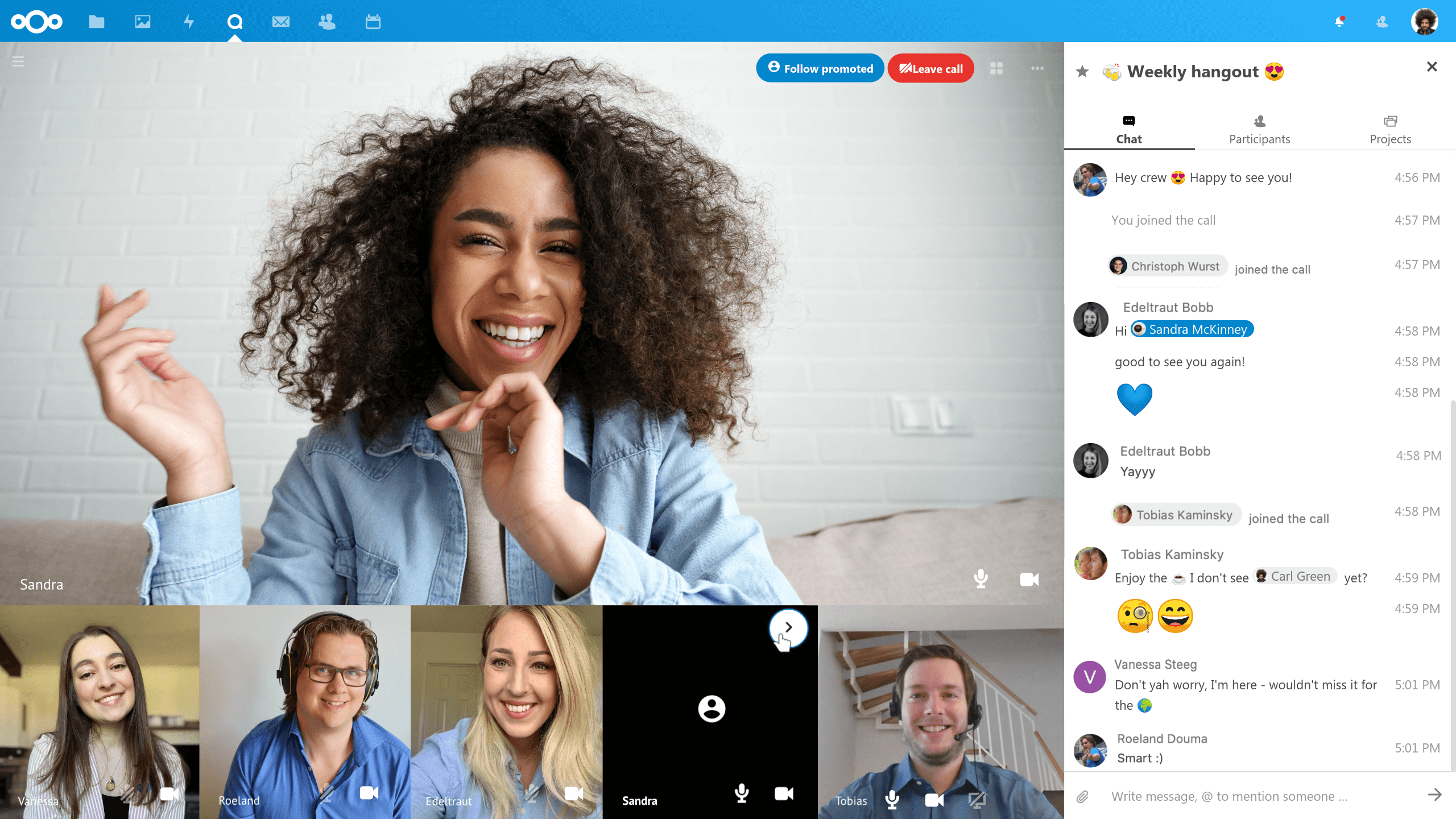 Conversation Messaging and Conference System of audio / video, several new features have been incorporated, among which the following stand out:

Another of the changes that stands out is the new version of the Talk mobile app for iOS and AndroidIn which the interface has been redesigned, the ability to send invitations and has been added support for sending messages when offline.

It has been realized changes to simplify information search and the pool of available data. For example, users can attach tags and comments to files, attach descriptions to directories, and even add lists with plans. The interface has the ability to track recently opened or edited files.

In addition, they stand out major performance optimizations. The Read speed of external SFTP storage has been increased up to 5 times, file scanning has been sped up to 2.5 times, thumbnail generation is 25-50% faster.

For SMB partitions, ACL support is improved and automatic hiding of directories for which the user does not have access rights is provided.

In the calendar planner and address book, integration with the Deck project planning application is provided. Deck implements a virtual plan map (Kanban), which allows you to visually place tasks in the form of maps distributed in sections "in plans", "at work" and "completed". The integration made it possible to link calendar events with plans and establish deadlines.

Finally, if you want to know more about it, You can check the details in the following link, you can also find the links to download this new version.