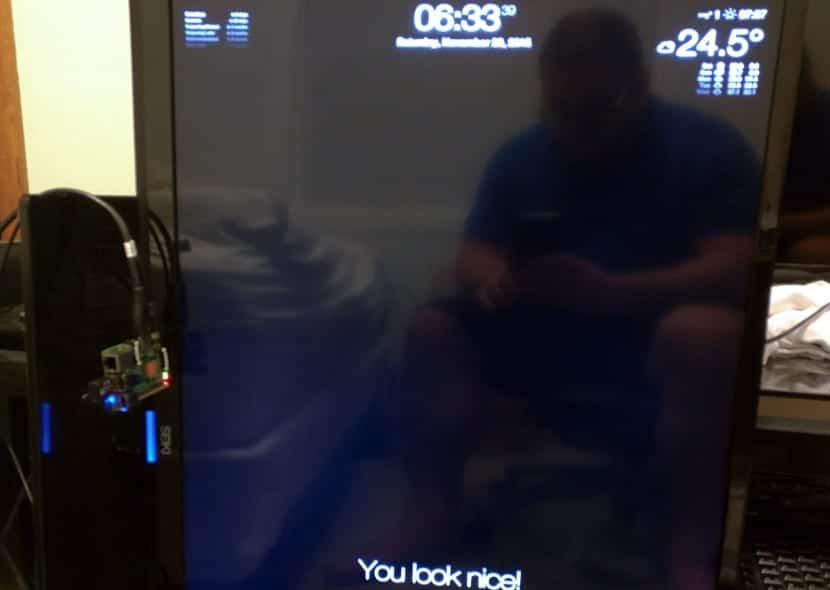 It seems that many users are liking smart mirrors, something that we do not really understand but that even in this type of gadget Ubuntu has also arrived. Models like MirrorMirror have been Raspberry Pi 4K Magic Mirror, a smart mirror that works with Ubuntu MATE, the peculiar official Ubuntu flavor that does have a version for Raspberry Pi 2.

Raspberry Pi 4K Magic Mirror is based on Raspberry Pi 2, hence its name. In addition to having Ubuntu MATE as the main operating system, Raspberry Pi 4K Magic Mirror has a 39 ″ screen that allows a complete view of the mirror image as well as widgets and functions that Ubuntu MATE can represent. What's more the SBC board has been hacked and overclocked so that the plate of all its power in each session. This has had its benefits but also its cons since we will need to use heatsinks and fans so that the plate is not damaged and this will make the project even more expensive than normal.

Raspberry Pi 4K Magic Mirror is a home project that has been created by user hardcore2031By this we mean that there is no company behind or anything similar so if we want to have this curious gadget we will have to build it ourselves and therefore raising the price of gadget components it could be important to us.

The version of Ubuntu MATE that has been used is nothing more than a normal version adapted for Raspberry Pi 2 and that incorporates some advantages such as better bluetooth management or more connection possibilities. Elements and functions that any version of Ubuntu gives and that other operating systems do not offer, perhaps that is why Ubuntu is present in so many gadgets and devices What do you think? What do you think of the new Raspberry Pi 4K Magic Mirror?