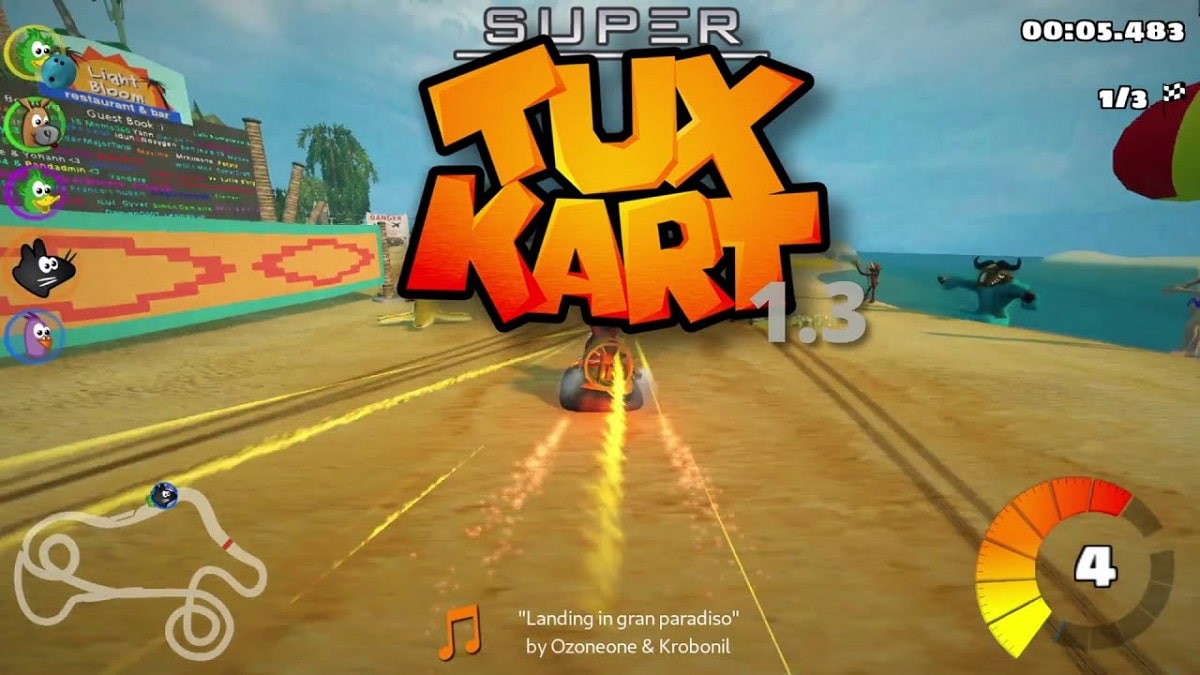 SuperTuxKart is a free 3D arcade racing video game based on Mario Kart, whose main character is Tux, the mascot of the Linux kernel

After a year of development, the release of the new version of the popular game «Supertuxkart 1.4» was announced, a version in which various improvements have been made to the graphics, as well as the introduction of some changes.

For those who are still unaware of Supertuxkart, they should know that this is a popular free racing game with a lot of karts and tracks. Besides that, comes with characters from various open source projects which include several race tracks. Previously this was a single player or local multiplayer game, but with this new version things change.

There are several types of multiplayer competitions available, which They include regular races, time trials, battle mode and the new Capture-Flag mode.

In this new version of SuperTuxKart 1.4 that is presented we can find that en the soccer fields the starting positions were swung, As well as redesigning the placement of items in soccer field races to make competition convenient, regardless of the number of participants (up to one-on-one races). To improve the planning of the route passing strategy, marks have been added in the field.

Another change that stands out in this new version is that added test lap mode, as well as what was added a new animation for elements and stars and implemented support for high pixel density displays (HiDPI).

Regarding the support for OS, it is mentioned that in Windows the ability to generate assemblies for the ARMv7 architecture was implemented, while in Mac OS support for version 10.9 was restored to 10.14 inclusive.

In addition to this, an experimental rendering engine has been added that uses the Vulkan graphics API. The option “–render-driver=vulkan” and the command “/vulkan” are available to enable.

Finally if you want to know more about it About this new version of the game, you can check the details in the official announcement. The link is this.

How to install SuperTuxKart on Ubuntu and derivatives?

As such, SuperTuxKart is quite popular and is found within most Linux distributions, but as you know the updates are not applied immediately in the repositories so, in order to enjoy this new version you need to add the game repository.

This can be added to any Ubuntu-based distribution be it Linux Mint, Kubuntu, Zorin OS, etc.

To add it, just open a terminal (Ctrl + Alt + T) and type the following command:

And finally proceed to the installation of Supertuxkart in our system:

Other method to be able to install this great game on your system, is with the help of flatpak packages and the only requirement is that you have enabled support for this type of package on your system.

To install using this method, just open a terminal and type the following command in it:

Finally, if you can't find the launcher in your application menu, you can run the game installed by flatpak by typing the following command in the terminal:

And ready to enjoy!