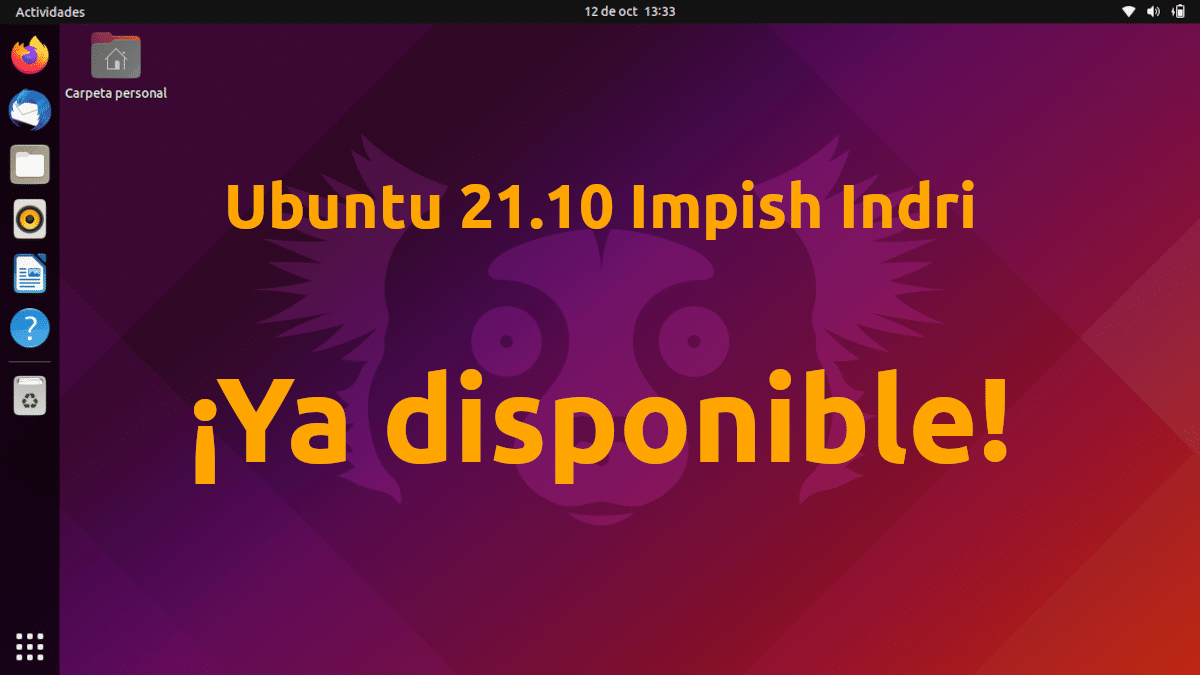 We already have it here. Waiting to make it official by publishing it on social networks and updating its website, Canonical has launched Ubuntu 21.10 Impish Indri, so the new image can be downloaded and the operating system installed. I'm sorry to say what I feel, and that is that while I'm writing this article I can't stop thinking about the word "disappointment." The most conservative will disagree with me, but the new version of the operating system that gives this blog its name has come with a couple of components that are not so new.

It is clear that we are facing a normal cycle launch and that Canonical prefers to put more meat on the spit of the LTS versions, but Ubuntu 21.10 will use GNOME 40. Logically, for those who are still in GNOME 3.38 it is an important leap forward, but it has been weeks since GNOME 41 is available and the performance could be even better. Canonical has once again sinned as a conservative, and at some point it will have to stop being so and skip a version of GNOME. Maybe for Ubuntu 22.04.

Ubuntu 21.10 It is now available from the here!, and soon it will be in the official website operating system. For me the question is obliged: do you know little by little that they use Linux 5.13 and GNOME 40 or do you thank them for the stability?