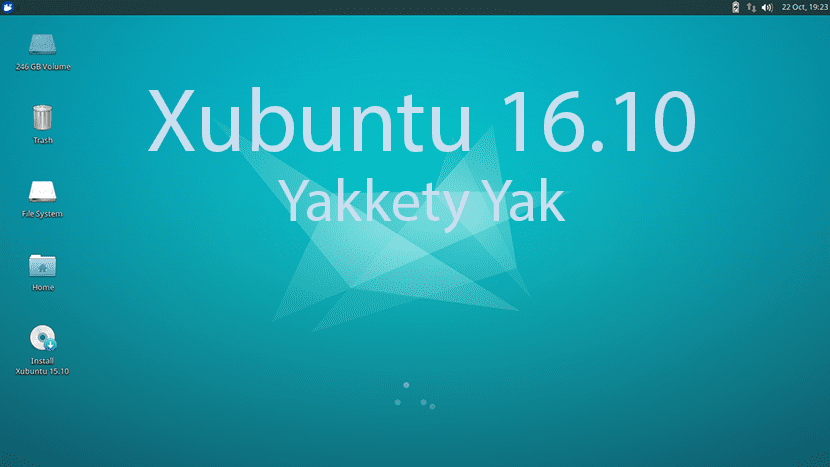 After the personal disappointment that I took with the arrival of Ubuntu 16.10 and its few news, I am about to write about the update of the operating system that I currently use: Xubuntu 16.10 Yakkety Yak is now available for download and installation. Among the novelties that arrive with this new version of the flavor with Xfce environment of the operating system developed by Canonical we have that it arrives with the Linux Kernel 4.8, the same one that the rest of the versions based on Yakkety Yak will use.

It is assumed that new kernel will support even more hardware than the one supported by the one that uses Xubuntu 16.04, the latest version Long-Term Support from Xubuntu. As I write these letters, I can't stop thinking about the times that I have had to fix my Wi-Fi connections after the kernel was updated in previous versions, that I have been using Xubuntu 16.10 for a few hours and that, for the moment and I knock on wood, I have not stopped having connection until now.

Xubuntu 16.10, a normal release that will only have 9 months of support, has as another of its novelties an improved Xfce4 environment that comes with packages GTK + 3.20. On the other hand, this new version also comes with an updated Terminal application that has been ported to a GTK + 3.20 technology that has also reached other flavors of the Yakkety Yak brand.

Although Canonical is considering the possibility of discontinuing support for PCs 32-bitIt should come as no surprise that Xubuntu continues to offer it for many years to come. In fact, Xubuntu is one of the lightest official Ubuntu flavors, making it the perfect candidate to run on low-resource computers.

If you are interested in installing Xubuntu 16.10, you just have to go to your official website, download the ISO image of the operating system and install it on your PC. Of course, keep in mind that the first thing we see on the official page to download is version 16.04 because it is the latest LTS version, so you will have to scroll down a bit to download version 16.10. available for just over 24 hours. If you decide to do it, do not hesitate to leave your experiences in the comments.