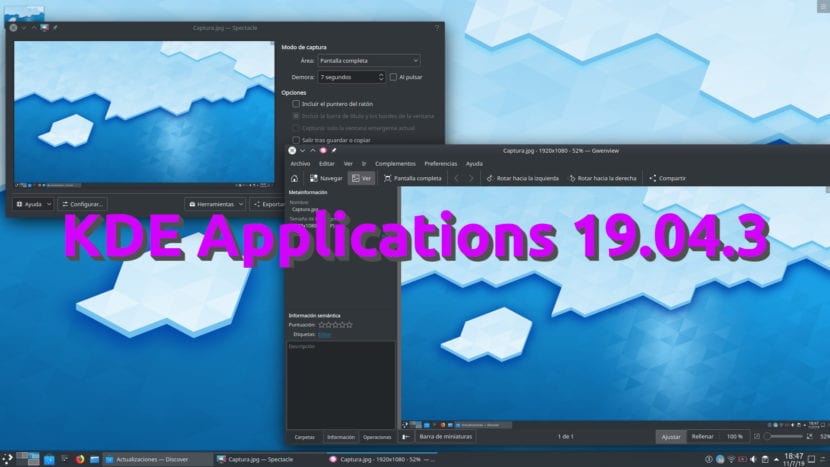 You can tell that we are in summer: last Tuesday, KDE Community released Plasma 5.16.3. A server, who had seen your roadmap, went to the web page where they should report, when it was not available yet and, when I saw that it appeared, I published the article as soon as I could (for me it is important news for using Kubuntu). Although it was marked "same day", Plasma 5.16.3 arrived in the KDE Backports repository the next day. All this without reporting on social networks as usual. What is also available and they have not published on social networks is KDE Applications 19.04.3.

In the note of its launch, we remember that they have not published on social networks but it is already available in this link. they do not give many details of the new features that come with the third maintenance release of KDE Applications 19.04. As in the Plasma versions, they give all the details in another entry on kde.org, where they tell us they have added more than 60 fixes in Kontact, Ark, Cantor, K3b, Kdenlive, Ktouch, Okular, Umbrello, and others they don't mention, like Gwenview or Spectacle. Where that 60 comes from is a mystery. 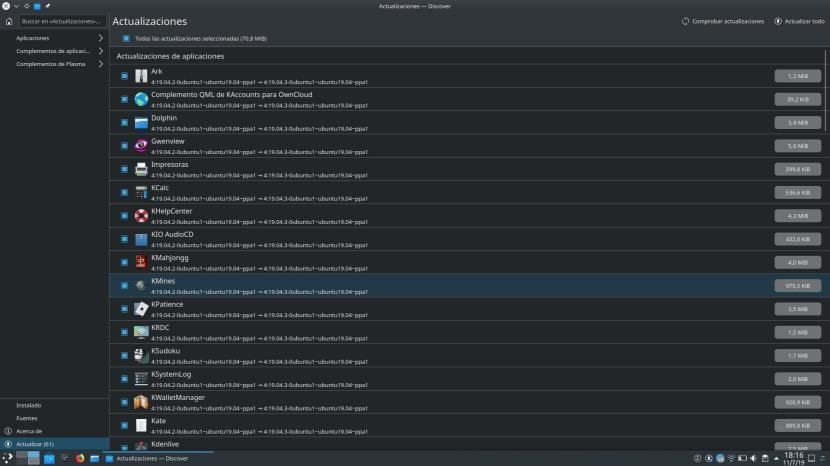 I mention that it is a mystery where these "60 changes" are obtained because on the page where they are collected, we can all count a total of 213. Among the most prominent we have:

From what I am seeing in some past posts like this, new features coming to KDE Applications next month, coinciding with the release of v19.08 (August) of the same. What's released this afternoon has focused on bug fixes, so it's worth updating to make sure our KDE applications are more reliable.

Full path to article: ubunlog » Desks » KDE » They are not advertising it like other times, but KDE Applications 19.04.3 is now available