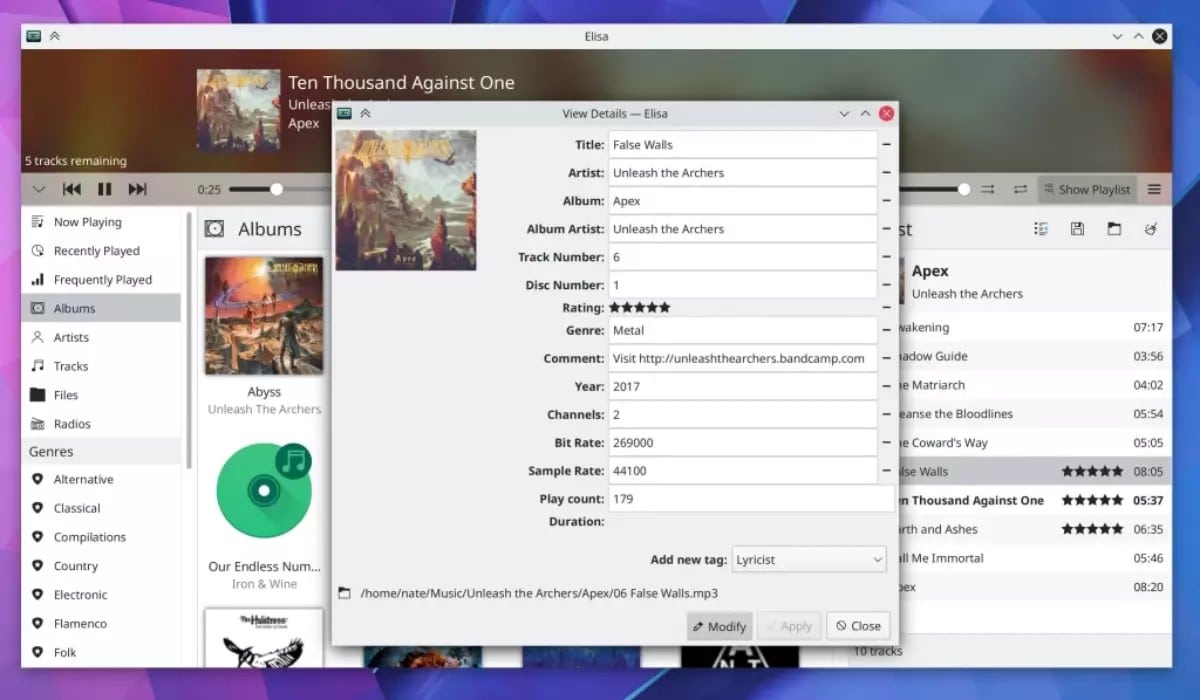 In my search for the ultimate Linux music app, several times I have felt that I had found what I needed. One of those times I thought about it when trying the Elisa de KDE, the default player in Kubuntu since 20.04, but it lacks many things to polish, such as that it does not have an equalizer. If everything goes well, my default player will be VLC, but when it reaches v4.0, although the KDE proposal continues to improve with each version they release.

And it is that, as Nate Graham advances us in your article this week, Elisa will allow us to tag songs starting next month, a tool with which we can repair many of the bugs that we find in our library. As usual, they have also told us about dozens of improvements that will arrive in the KDE desktop in the coming months, and you have them all below.

Full path to article: ubunlog » Desks » KDE » Elisa will allow us to tag songs, and other news that will come to KDE