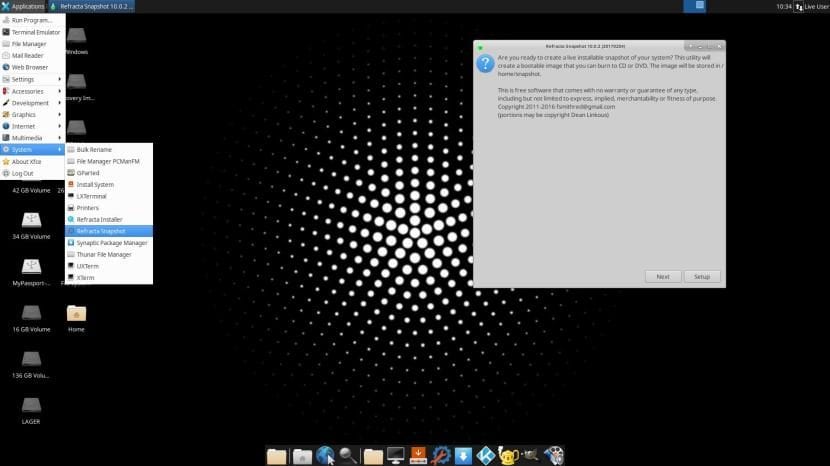 It seems very daring to me: Arne Exton has released ExTiX 19.3, the first operating system with the Linux Kernel 5.0. And it does not seem daring to me because it uses the mentioned kernel, but because it is based on an operating system that has not yet reached a beta version that will be released in a couple of weeks. Yes: we are talking about Ubuntu 19.04 Disco Dingo, the official version of Canonical that will be released on April 18.

ExTiX does not use GNOME which uses the standard version of Ubuntu. Instead uses a version of the lightweight Xfce, the graphical environment that Xubuntu uses, with some modifications of its own. With this in mind we could say that it is based on Xubuntu, a flavor that usually makes more trial versions available to users than the standard version of Ubuntu. We could say, then, that ExTiX has been based on an operating system that has not yet been officially released, but that is more proven than Ubuntu 19.04.

Among the novelties with which ExTiX 19.3 arrives we have:

En this link you have all the information about the new release, but things like that Kodi comes pre-installed, as well as the Refracta screenshot tool. Its developer says that it is stable enough that it can be used on any computer, even those we use to work. Personally, I don't want to contradict you, but I would remain skeptical considering that Ubuntu 19.04 Disco Dingo is still 5 weeks away from its official launch.

On the other hand, Exton ensures that ExTiX 19.3 works perfectly in virtual machines, so if you wanted to install the new version of your operating system I would first try it in Virtualbox.

How about ExTiX getting ahead of Canonical when it comes to Ubuntu 19.04 and Linux Kernel 5.0?