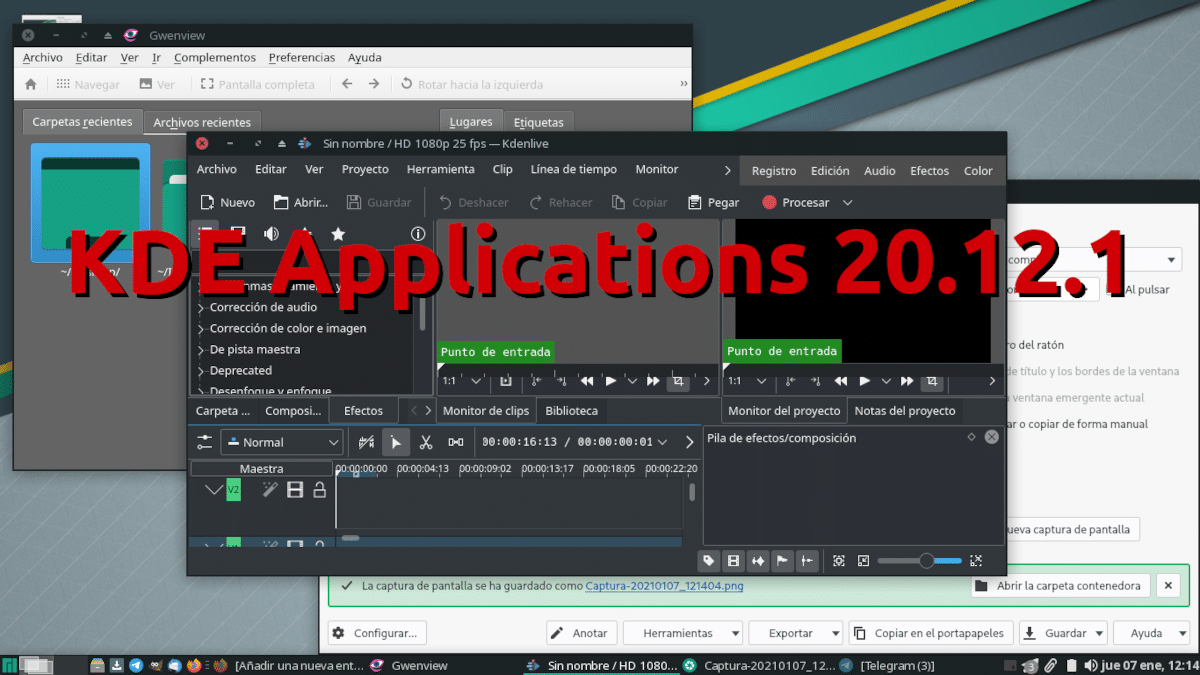 The KDE suite of December 2020 apps I arrive earlier this month. As the first version of a series, it introduced very interesting new features, such as Spectacle's annotation (markup) tool or a new effect for Kdenlive that adds a blurred background to vertical videos. Today, the project has released a maintenance update, a few KDE Applications 20.12.1 They do not add such outstanding functions, but fixes so that everything works better.

The point release notes like the one for these KDE Applications 20.12.1 are not as interesting as the early versions, but the KDE project does mention some changes introduced what do you have in this link. What you have below is a list of the most outstanding ones, although it is important to insist that most apps, such as the aforementioned Spectacle and Kdenlive, will only receive internal tweaks.

The KDE Applications 20.12.1 Release it's official, but right now it is not available in any operating system. In a few minutes or hours, or even as I write this article, they should reach KDE neon, and later other operating systems. Users who have added the KDE Backports repository should not receive this update, since KDE usually waits a little longer until more bugs have been corrected. Some apps are also coming to Flathub and Snapcraft soon.