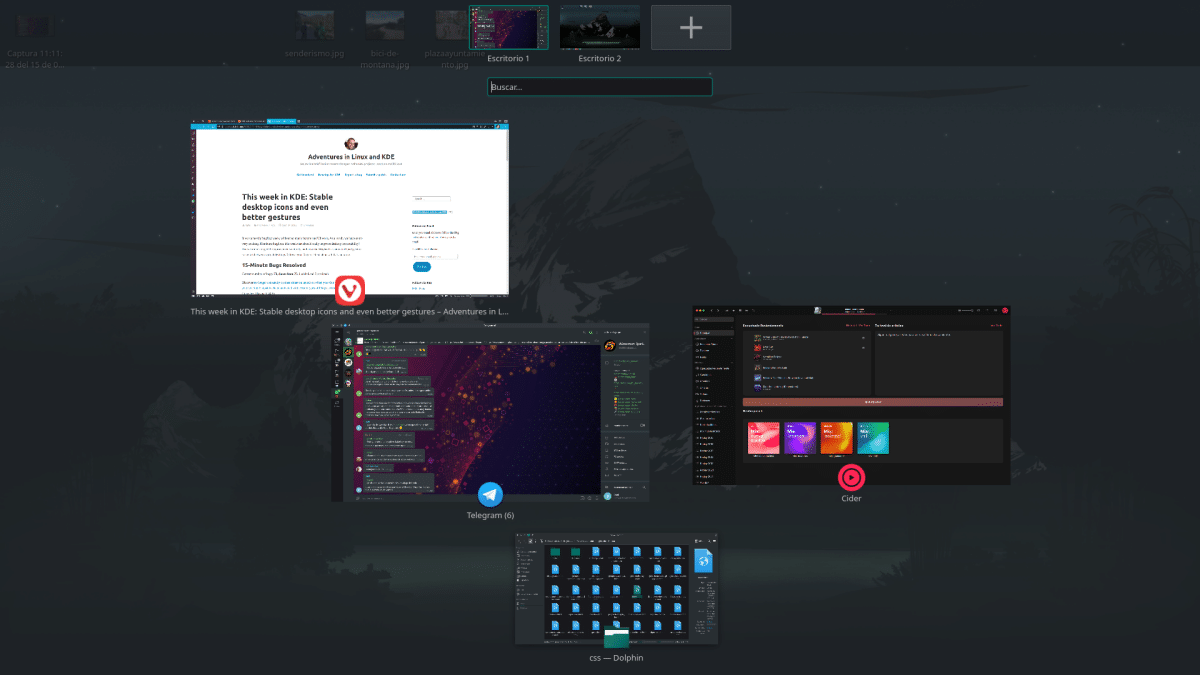 I have been using, and use from time to time, Wayland in KDE to see how it behaves. Waylad is the future for several reasons, including performance, security, and those touchpad gestures that testers love so much. Wayland on KDE is generally going well, but there are still things that make me go back to X11 to work smoothly. The project is working to put the pieces together, and in some time it will be possible to use it as in GNOME, where it is not 100% perfect either, it must be said.

Wayland will allow us to use touchpad gestures, and if last week they spoke to us that the animation that goes from the desktop (or a program) to the overview follows the speed of our fingers, this week have made that this also happens when moving from one desktop to another. The novelties are arriving with each new Plasma update, whether they are older or point, and they are inviting change.