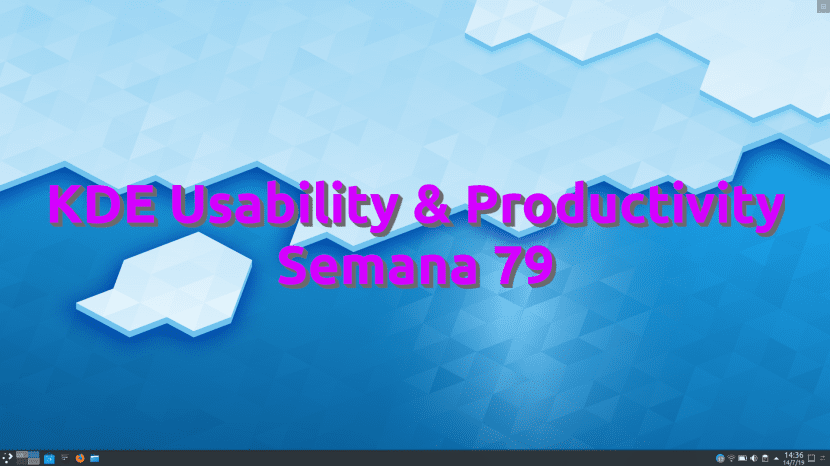 Last week, the 78They did not tell us about many changes, but with the week KDE Usability & Productivity 79 they have returned to the load. For those who have never heard of it, this is a KDE Community initiative with which developers, designers and the community improve everything related to KDE, including Plasma, Desktop and Frameworks. The initiative is about two years old and is partly responsible for all the good that comes to operating systems such as Kubuntu or KDE Neon.

What stands out the most this week, at least to one server that would like to be able to use the feature in Kubuntu, is that still working on Night Color, the version of Night Light that will hit the KDE world with the release of Plasma 5.17. As always, KDE Usability & Productivity week 79 also includes a nice bunch of patches and performance improvements, 11 this week. As for new features, this week they only mentioned one. You have everything after the cut.

The only new feature mentioned this week is coming in Plasma 5.17 and that is that the popular "Photo of the Day" plugin can now display images Unsplash.com. The KDE GUI v5.17 is coming October 17While the next two maintenance updates for the 5.16 series will arrive on July 30 and September 3 respectively. The KDE Applications 19.08 will arrive in August and will be the second major update (after v19.04) of 2019. The rest of the updates, among which we have those of Frameworks 5.61 or Yakuake 3.0.6, will be released when they are ready. Is there something on this list that you miss and want to have it already on your team?