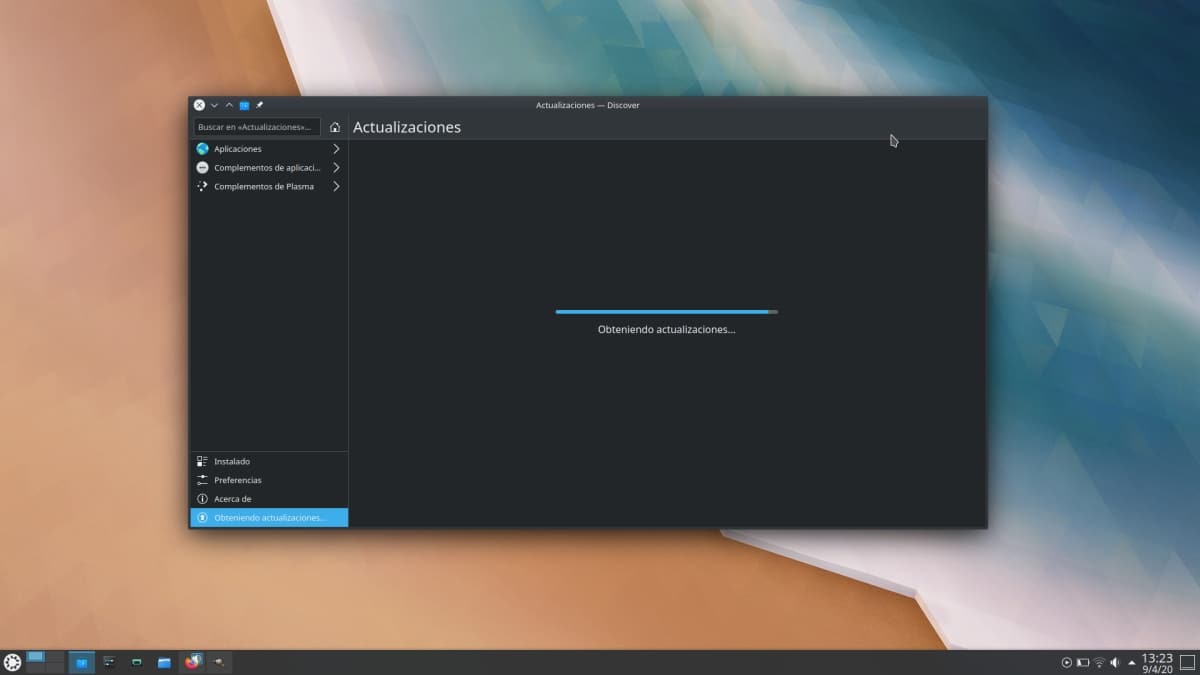 On March 31, KDE He launched plasma 5.18.4. The penultimate maintenance update in this series already includes many bug fixes, so the graphical environment should already work almost perfectly. But more than a week has passed and this version has not yet reached the project's Backports repository. What happened? What has happened is simply that there are more important things to consider, like the next version of Kubuntu.

As we read in Reddit, just answering the question of why Plasma 5.18.4 has not reached the Backports repository, the team has delayed it because Kubuntu 20.04 has released its first beta and we had to focus on that release. They have also taken the opportunity to explain what "Backports" is: something from a newer release created for a previous one. The new one is Focal Fossa, the old one is any previous compatible version.

Backports are backports, that is, things from a newer version, created for an older version. 5.18.4 was delayed to enter 20.04 due to beta file freezing, then broke into proposed migration scripts over the weekend. 5.18.4 is now at 20.04 so we will look at backports when we can, HOWEVER the priority right now is to get 20.04 out.

What they do not make clear is when Plasma 5.18.4 will arrive at Kubuntu 19.10 Eoan Ermine or earlier. Where it has arrived is KDE neon, but this distribution, which is also developed by the KDE Community, uses special repositories. Developers they are now focusing on everything working perfectly in the next version of Kubuntu, a Focal Fossa that will be officially released on April 23. When they are sure that everything works well, they will backport and bring Plasma 5.18.4 to the current version. Although if they take a long time, he catches us playing with the mascot «Felicity».