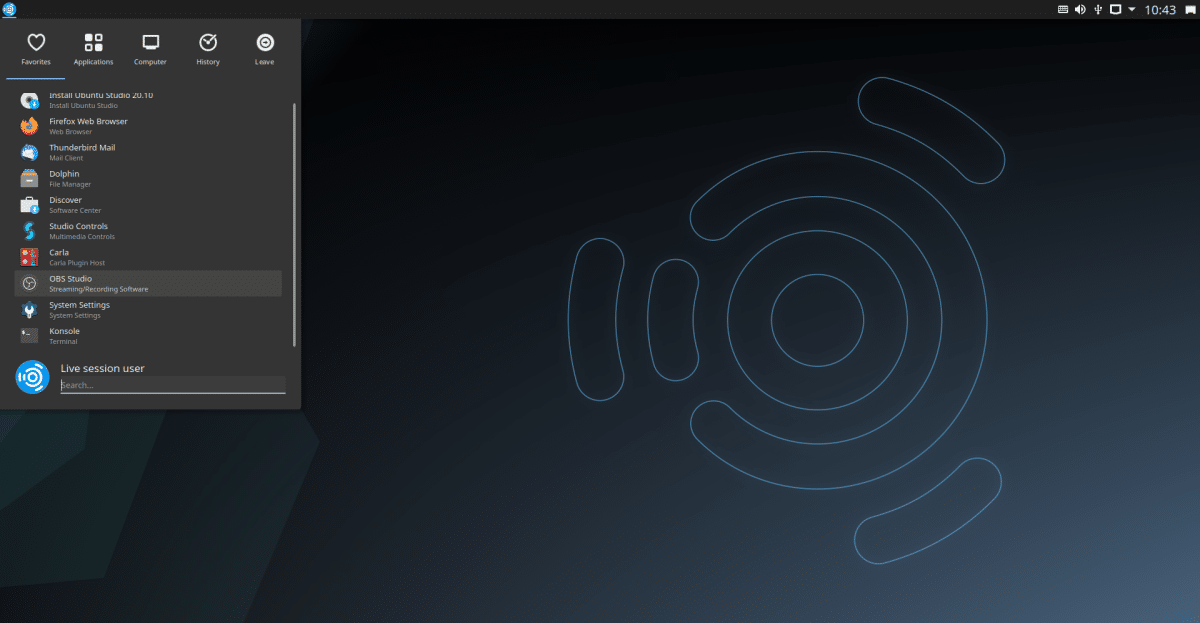 A few hours ago, Ubuntu Studio 20.10 has been officially released. Until now, it came with "minor" changes, see the quotes, some that were more related to updated software for editing than anything else, but that has changed in this release. Although well, to be honest, I think I'm not being fair saying the above. What has happened this time is that they have made a much more important change that stands out above all the others.

But before mentioning the news, we have to continue talking about its environment. And it is that yes, it is Plasma, but no, not much like Kubuntu. As you can see in the header capture, the panel has been placed at the top, which is a "minor" change with respect to the original Plasma, but the one that least resembles that bar is that of the Plasma more pure. Not to mention the icons. And is that Ubuntu Studio has wanted its operating system to be more powerful, but not that its users feel a bit lost.

Explained the above, Ubuntu Studio 20.10 arrives with these news:

Ubuntu Studio 20.10 can be downloaded from this linkNot without first remembering that it cannot be updated from previous versions. Personally, I would not recommend reinstalling on top of Focal Fossa either.

Full path to article: ubunlog » Ubuntu » Ubuntu Studio 20.10 changes to Plasma in what is, without a doubt, its most outstanding novelty