In the next article we are going to take a look at a few antivirus for Ubuntu. While attacking Gnu / Linux is usually the last thing on the mind when it comes to virus-related threats, it is not something we should ignore. The fact that Gnu / Linux cannot run Windows programs (without Wine or similar programs) does not mean that we do not have to be cautious.

These viruses can spread, especially if we have a Samba server or external devices that regularly interact with Gnu / Linux and Windows. We could find that we are spreading viruses without realizing it through our network.

So what are some of the best antivirus programs for Ubuntu that we can use? Before starting to use other programs, we must start with take precautions ourselves.

Since Ubuntu offers us a "relatively" closed store when it comes to the software we can download and the main sources from which we download it (the Ubuntu APT library), we should be quite safe if we take some precautions. If you don't want a third-party antivirus but you want keep you safe in Ubuntu, first try the following:

These are just a few things to keep in mind. If you've already put them into practice, but still want that extra layer of protection, read on.

Some antivirus for Ubuntu

These are just some antivirus for Ubuntu that offer a fairly effective and free detection:

ClamAV is a virus scanner that can run on a Gnu / Linux desktop or server. With this tool, everything is done via command line. This scanner keeps an eye on multiple threads. It is also very good with CPU usage.

May scan multiple file formats, open and scan them, in addition to supporting multiple signing languages. It can also act as a mail gateway scanner. It must be said that if you need a good virus scanner in Gnu / Linux and you don't mind playing with a terminal, you should try ClamAV.

ClamTk It is not a virus scanner but a graphical interface of the ClamAV antivirus itself. With it you will be able to perform many of the tasks that previously required some serious terminal and ClamAV knowledge. The development team claims that it is designed to be an easy to use scanner using it on demand on Gnu / Linux. 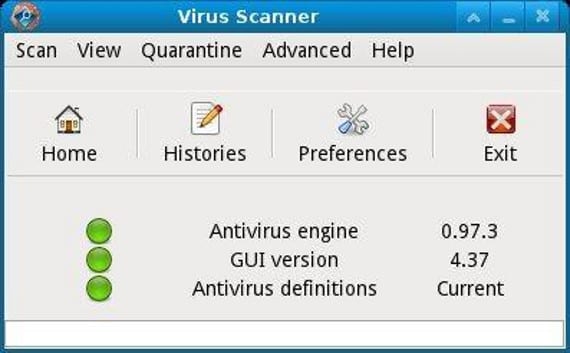 It's incredibly easy to use, but don't forget that it's just a graphics layer on top of ClamAV. If you need a good virus scanner and you don't like the command line, ClamTk it is an option to consider. 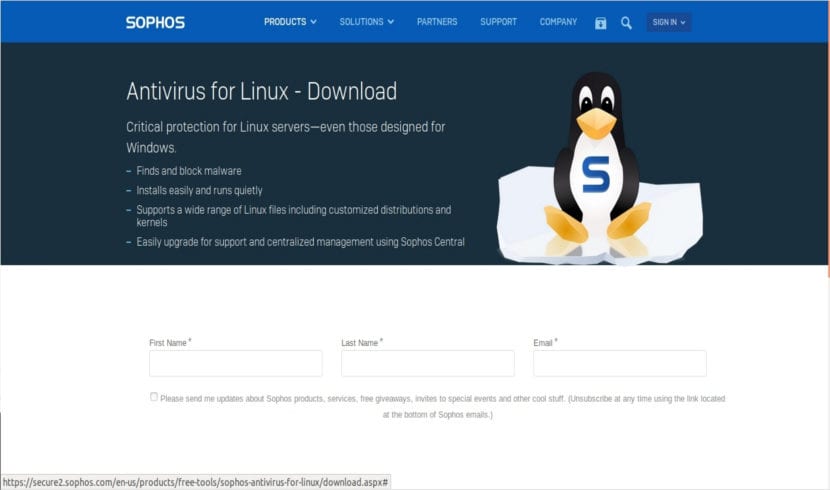 Sophos is a security group that have been making a name for themselves in the world of security. They have products for almost everything, both paid and free, including a tool of free virus scan for Gnu / Linux. With it you can 'search for suspicious files in real time'to prevent your Linux machine from spreading Windows, or Mac viruses.

Comodo has been around for some time now and they offer us both paid and free products. Like Sophos and Eset, they offer a wealth of security software for many platforms. Comodo Antivirus for Linux ofrece 'proactive' protection that can find and stop known threats as they occur.

It also includes an exploration scheduling system, which makes it easy to plan the use of our equipment according to safety habits. We will find the possibility of using an email filter, which works with Qmail, Sendmail, Postfix and Exim MTA. There are many good features that can easily prevent our machine or network from being inundated with viruses and malware.

Full path to article: ubunlog » Ubuntu » Antivirus for Ubuntu, a few to protect your computer