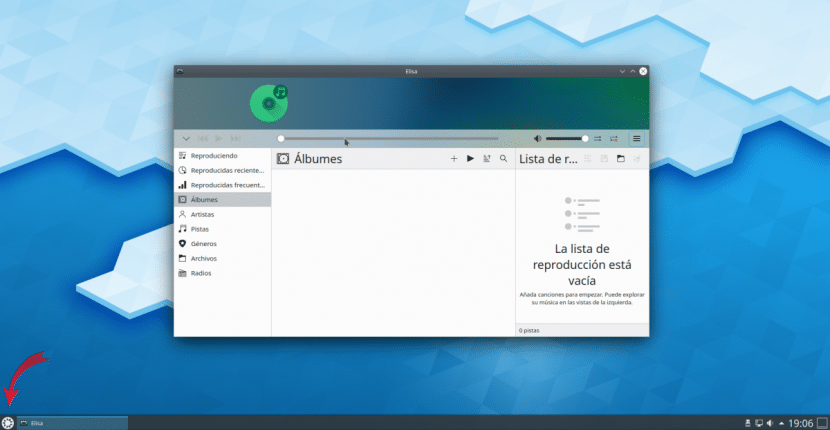 At the end of December, KDE Community advanced your plans to change the music player / media library of Kubuntu. Right now, Kubuntu 19.10 Eoan Ermine uses Cantata, which, if I remember correctly, replaced AmaroK, a good music player that, from my point of view, is very messy. Still, it is the root of other breeders such as Clementine, from which it later came Strawberry. The latest episode in this media player dance will air in April.

Latest Kubuntu 20.04 LTS Focal Fossa Daily Build they already include Elisa as the default music player. The Daily Builds are versions that Canonical or one of its official flavors publish every day and in them we can see all the changes they are working on. Therefore, as long as no tragedy occurs, it would already be confirmed that Elisa will replace Cantata, a player that also looks very good, but with some points to improve, such as its user interface (this is the editor's opinion).

Another interesting change that I have found when I have tried Kubuntu 20.04 precisely to see if Elisa was already installed by default is that of the application menu icon. In Eoan Ermine we have two options, depending on the theme we choose: by default, the logo is the KDE logo, which is the K on top of a cogwheel, but the Plasma logo also appears in themes like Breeze. In Focal Fossa, the icon will change to that of the operating system, as long as they do not make another change in the future. The Kubuntu logo is the one you see in the screenshot, with a filled circle in the background and a cogwheel, but split in three and without any K.

If you want to try these and more changes, you can download the latest Kubuntu Daily Build from this link. The best way to do this is in GNOME Boxes, since it works perfectly to run Live Sessions without having to install extra software, such as Guest Additions from VirtualBox.

Full path to article: ubunlog » Ubuntu-based distributions » Kubuntu » The Kubuntu Daily Builds already use Elisa as the default player, and include a new icon for the application launcher